A Sleeping CGT Giant Awakening: Will China Partner or Pioneer?

From traditional Chinese medicine mogul to globally-recognised biopharma players, China has become a market that contends with developed Western Pharma – the Giant that begins to awaken

China has become one of the most rapidly evolving pharmaceutical strongholds in the world. Numerous State Council-driven healthcare reforms have turned healthcare spending on its head. Public healthcare spending has increased more than ~£1bn (¥150bn) year-on-year, leading to greater access to healthcare and decreasing health
inequality, with improving clinical trial integrity driving China’s reputation in the clinical world.

China has transformed from second in line copy-cats to cell & gene therapy (CGT) opportunists of the world. Herewith, the recent approval of Yescarta marks a significant milestone in the evolution of the perpetually evolving Chinese healthcare system. Holding the world’s largest haematological cancer population in the world, with 88,090 newly diagnosed NHL patients in 2018 alone, this milestone finally provides chimeric antigen receptor T-cell therapies (CAR-Ts) to one of the world’s most promising CGT markets. With innovative medicine sales forecast to increase 3-fold, from ¥117bn this year to more than ¥375bn by 2025, China is now rapidly emerging as a world leader in advanced therapies like CAR-T, which ‘hack the body’s biology’.

Historically, Chinese medicines lacked robust clinical evidence due to a largely unregulated clinical environment and an ability to administer therapies without central state approval, often leading to unfounded claims of medical effectiveness. The story of Wei Zexi, a 21-year-old Chinese student with synovial sarcoma died after receiving an unregulated cellular immunotherapy, DC-CIK. The therapy’s fraudulent safety and efficacy claims led to public outcry. As one of many similar cases, this compounded a poor global impression of Chinese clinical robustness. As such, the transferability of Chinese-derived clinical evidence remains a global and domestic concern.

Despite only recent commercial CAR-T approval, regulated Chinese CAR-T clinical research has grown immensely. In 2015, with global outreach in mind, the Chinese State Food & Drug Administration (SFDA) transformed the clinical environment, mandating that all cell therapies with intention of human administration, must first be trialled within a newly regulated formal clinical trial format. Between 2015 and 2020, the number of CAR-T trials has grown from 14 to 357, in comparison to a peak of 256 in the US. This primarily has been privy to a complete revamp of Chinese clinical research regulations, opening of clinical research facilities and expanding government funding.

Chinese government tax and financial incentives have fuelled and nurtured CGT innovation, reshaping the landscape to cultivate vast opportunity within the Chinese space

The biopharma industry requires immense investment to drive R&D, with established biopharma markets, such as US and UK, historically leading the way forward as first-to-market. To further support the Chinese clinical research revolution, several Chinese government reforms incorporate both tax and financial-led incentives. ‘Healthy China 2030’ and ‘Made in China 2025’, aim to transform China from a low-cost manufacturer into a high-value competitor to the developed West. Conversely, private investment has also flooded the Chinese biotech space, with a predicted ~$18 billion of venture capital (VC) invested into the space in 2020, including from over 1,000 VC firms directly funded by the Chinese government. Over the past 5 years, such Chinese VC firms have redirected their trans-pacific investment from US biotechs back into Chinese domestic growth and cross-border licensing of Chinese-derived developments.

Driving forward the impetus; should Chinese CGT companies’ partner with international biotech magnates to globally ‘get their technology out there’, sooner?

As China has become a world leader of CGT development, a behemoth to be jostled with, how best to approach late-stage development and commercialisation, requiring the greatest financial input, remains unclear. With growing international and domestic investment driving the beast forward, should China continue partnering with global biopharma companies or independently hold tight to the novelties of their broiler of innovations and truly become the global leaders of the CGT world? For China, key questions must be considered:

Inversely, what is the most strategically advantageous approach for Western biopharma companies wanting to enter China? There are the perks of harnessing a rapidly developing market, with the emergence of 100s if not 1000s of innovative cellular immunotherapies to either acquire or co-develop and globally commercialise. With mergers & acquisitions of Chinese biopharma companies soaring 54% in 2019, with a noteworthy 16% increase in deal value, the recognition of the increased worth of the Chinese biopharma space is becoming apparent.

Are Chinese biotechs ready to fly the nest solo; is it time they face the big bad pharma world alone and reap the well-deserved rewards of true homegrown CGT innovation alone?

China continues to boast CGT leadership, not only through international partnerships, but through ‘home-grown’ world-class biotechs with disruptive and pioneering CGT technologies. Chinese-born companies Gracell Biotech and CARSgen, who are so far without multinational commercial partners, bring exceptional technologies to the space. Gracell Biotech’s FasTCAR autologous CAR-T platform offers 22-36 hour manufacturing turnaround times, compared to the conventional 14 days. Gracell look to synchronously progress their bispecific BCMAxCD19 CAR-T, GC012F, through US and Chinese clinical trials, collaborating with Lonza as a contract manufacturing organisation to enter the global space. Conversely, CARsgen have recently announced the opening of their own US-based in-house manufacturing facility based in North Carolina, due to open in late 2022. However, the recent approval of JW Therapeutics’ product relma-cel by NMPA, marks the second approved CAR-T product in China, yet the first Chinese-born CAR-T to launch commercially in China. Each example illustrates a substantial turning of tide from secluded Chinese manufacturers to solo worldwide ex-China explorers, potentially marking the first of many to follow suit.

It seems that some Chinese CGT players no longer need the handholding of seasoned international biotechs, and the dormant Chinese CGT giant is starting to awaken. China’s CGT presence has successfully ballooned to create an economy of scale for itself. With all angles aligning, despite continued alliances between domestic Chinese biotechs and international partners, there is rapidly becoming a permanent seat at the table for China as a serious independent CGT contender to be reckoned with. 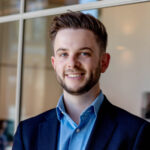