Accelerating into Hyperspace: From automation to in-process sampling – how novel approaches in CAR-T manufacture could deliver greater speed

Conventional autologous CAR-T manufacturing claims to reach patients within 2 – 4 weeks. However, in-process and logical challenges extend this timeframe far beyond what is advertised. For example, real-world evidence for Kymriah has shown a much longer median vein-to-vein time of 44 days compared to its 22-day commercial target. This extended timeframe often disadvantages the most severely diseased patients that require urgent treatment and as such, reduction in vein-to-vein time is fast becoming a key point of differentiation among next-gen CAR-T players.

China has become a hub for rapid CAR-T manufacturing, aligning with western institutions to ‘export’ these innovations

The Chinese company Exuma biotech has partnered with Moffitt Cancer Centre to provide regulatory support and analytical testing after promising animal studies demonstrated complete treatment within 6 hours. In this approach, exposure of peripheral blood to modified lentiviruses encoding CD19 or CD20 CARs for four hours, followed by subcutaneous injection, resulted in robust CAR-T cell expansion (>10,000 fold) and regression of established tumours in mice. Time will tell if the entire rapid point of care (rPOC) process, from genetic modification to dosing, lives up to the much acclaimed 6 hour timeframe in humans.

Rigorous QC testing remains a rate-limiting step to CAR-T turnaround time. With culture-based sterility tests alone taking a week to complete by industry standards, dulling the initial hype of 24-hour manufacturing. However, small improvements could eventually see the goal of integrated feedback mechanisms to autocorrect for process variability. For example, Cytivia’s FlexFactory™ automation software integrates real-time monitoring and reporting to aid quality oversight. In 2019 the company embarked on a digital data exchange collaboration program with Amgen to increase the understanding of the relationship between raw material variability and process performance during the manufacture of biologic medicines.

Another step in the right direction is Miltenyi’s CliniMACS Prodigy that is equipped with integrated sampling pouches that enable QC testing without compromising its “closed” system. Parallel QC testing may give manufacturers more control in their CAR-T production and could offer extra confidence to regulators. However, effective multi-stakeholder collaboration between pharma, data analytics and regulators is required to advance QC processes in a way that instils confidence in product quality in the least amount of time.

The commercialisation of autologous therapies requires a “scale-out” approach, with multiple small-scale, multi-unit operation lines to create a personalised CAR-T product per patient. To make this more efficient, miniaturized “GMP in a box” concepts for closed, automated, compact solutions have been designed and are suited for decentralized manufacturing. For example, aside from the Miltenyi Prodigy solution, Lonza’s Cocoon has 8-10 mini bioreactors placed on a ‘tree’ system, enabling the production of up to 10 therapies simultaneously in only 9 square feet of space. This space-efficient set-up placed in hospitals would eliminate the back and forth of shipping cells to centralized production facilities, reducing both cost and time. As such, results from Sheba Medical Centre’s CD19 CAR-T trial, the first to administer product using Lonza’s Cocoon, are greatly anticipated.

Despite the challenges ahead, the need to launch a “fast” CAR-T has demonstrated the industries’ ability to adapt. These advancements bring us one step closer to truly rapid manufacturing and offer translational applications, creating solutions for the cell therapy landscape as a whole. 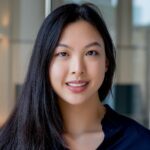