Because sometimes less is more…

Historically, oncology dose finding studies have followed the so called “3+3” dose escalation trial design based on achieving the MTD*, in which cohorts of three patients are given increasing drug doses until 2/3 patients experience a DLT**. This methodology was inherited from the cytotoxic treatment development process which heavily relies on the notion that a higher dose leads to increased anti-tumor activity, but it may not be as suitable for targeted therapies – while cytotoxic chemotherapeutics are normally administered less frequently and over a set maximum number of cycles, targeted therapies are administered at a higher frequency (sometimes daily!) for years and thus, their long-term tolerability becomes essential.

The FDA launched Project Optimus1 to reform the dose finding and optimization paradigm across oncology by educating, innovating, and collaborating with relevant stakeholders including industry, academia, professional societies, international regulatory authorities, and patients. But the FDA’s intentions to improve oncology dose finding/optimization are not new to the pharmaceutical industry – the FDA has insisted extensively on this topic over the past years through Industry guidance2,3 as well as conducting numerous industry workshops (see this example4). However, these efforts did not lead to much change from oncology drug developers – through Project Optimus, the FDA is now “getting serious” on this matter by reinforcing a shift to “less is more”, with manufacturers already experiencing the impact on their ongoing programs5.

There is always a light at the end of the tunnel

What does this mean for the oncology drug developers? While cost and timelines for oncology drug development are likely to increase and slow down, respectively, a more thorough approach to dose finding may lead to more tolerable therapies. In turn, clinical trial holds, and additional trials requests may become less frequent while in the post-marketing setting, the incidence of treatment discontinuations may also decrease, these leading to an overall net benefit for patients and manufacturers6. While the new dose optimization process may seem daunting, the FDA is now looking to support the industry on this through issuing new/update guidance7, conducting panel discussions and workshops throughout 20228,9, and even creating a social media movement through the Twitter hashtags #Gettingthedoseright & #ConversationsOnCancer to encourage discussion. Stay tuned for these! 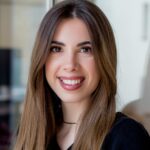