From last-line to frontline: Clinical trials and a growing chorus of expert opinion suggest CAR-T’s true value lies in an early-line treatment

Will CAR-T efficacy improve significantly with earlier line use? That is the question leading CAR-T manufacturers are seeking to answer, and the first available data is bringing cause for optimism.

All current standard of care drugs once started towards the last line and worked their way up the treatment algorithm, with marginal gains in efficacy with each step and use in combination. However, this move to earlier lines may be highly significant for CAR-T given the biology of the treatment, with experts advocating that in less refractory patients (i.e. in earlier lines of treatment), a less compromised immune system may react better to CAR-T and improve outcomes, both in terms of response rate and durability.

Current CAR-T therapies are approved only for late-stage patients: Yescarta and Kymriah are only available as a third-line treatment in lymphoma. Upcoming CAR-Ts for r/r multiple myeloma are similarly being trialled in patient populations who have on average trialled six previous therapies, with the first approvals expected to be at the fourth line. In this article, we look at the early line clinical trials underway to enable CAR-Ts to enter earlier treatment lines and the underlying biological mechanisms which indicate promising results.

The phase 2 ZUMA-12 trial for Yescarta in lymphoma has presented the most encouraging data to date supporting earlier line use for CAR-T. In the front-line setting (following pre-conditioning lymphodepletion), interim analysis in 27 high-risk large B-cell lymphoma patients at one month follow up demonstrated that Yescarta infusion led to a complete response in 74% of patients, as compared to only 58% for the typical heavily pre-treated patients in the original pivotal trial (ZUMA-1). The remission rates were also associated with increases in peak levels of CAR-cells present within the blood and the median CAR-T-cell expansion were increased. Attention will shift later this year to Gilead’s far larger phase 3 trial ZUMA-7 at the second line, which pits Yescarta against the stem cell transplant standard of care. There are also multiple ongoing trials in multiple myeloma, such as KarMMa-2 (1 prior line of therapy and high-risk factors), KarMMa-4 (first-line treatment in high-risk patients) for Ide-cel and CARTITUDE-2 (1-3 prior lines of therapy) for Cilta-cel that are all advancing.

The multitude of ongoing trials is inspired by research suggesting potential benefits of earlier line treatment. In the current treatment paradigm, CAR-T patients are heavily pre-treated using regimens detrimental to their lymphatic cells. Hence, their immune system may already be significantly compromised by the time they undergo leukapheresis for CAR-T manufacture, thereby generating low T cell yield. Earlier line administration could result in harvesting higher quality cells, bringing significant manufacturing benefit, and increasing the likelihood of producing the best possible product. Research by the University of Pennsylvania has suggested that earlier harvested T cells are likely to have a comparatively more beneficial phenotypic repertoire, giving greater clinical potential for expansion and cytotoxic activity. The expansion potential, in particular, is important as this could result in a longer duration of response improvements than previously seen moving forward in line setting.

An additional benefit of earlier line treatment would be the generally lower disease burden. Approaching the last line, the disease burden increases alongside the cancer’s clonal heterogeneity, resulting in greater opportunity for resistant escape. However, there is also physician concern for ‘true’ front-line use: immediately post-diagnosis, the combination of a large initial disease burden and a more robust immune response may result in higher adverse effects (such as CRS). Secondly, CAR-Ts currently involve a 3 week manufacturing wait time on average, which reduces their clinical utility versus other, immediately available treatments. Consequently, a pseudo-frontline treatment following a pre-conditioning or induction course has been pursued in lymphoma clinical trials to date.

If the early line clinical studies demonstrate the anticipated improvements suggested by this biology, then CAR-T will progress forward in line setting. At the very least, providers may seek to proactively invest by capturing and storing T cells following diagnosis to offer greater clinical potential in later line use. This data may also indirectly benefit the rising profile of donor-derived allogeneic therapies to deliver a healthier and more consistent product. 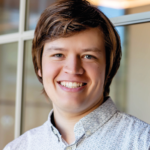