Gene Therapies: Can the industry keep up its momentum or will it burn out?

The field of gene therapy had its first triumph in late 1990 when 4-year-old Ashanthi de Silva was successfully treated for Severe Combined Immunodeficiency (SCID), a rare disorder causing abnormalities in the immune system. The positive outcome spurred excitement, with many gene therapy trials emerging at the time. European researchers in the 1990s focused on treating another form of SCID reported their first cures in 2000. However, within a few years it emerged that almost half of the children they had treated developed leukaemia, raising concerns for safety. In 1999 in the US, the death of Jesse Gelsinger caused by his fatal immune reaction to the viral vector used to administer a gene therapy for Ornithine transcarbamylase deficiency (OTCD) proved to be an additional early setback to the field.

Over 20 years later despite initial clinical safety concerns, there is once again an increasing momentum in the field of gene therapies due to its potential to change the treatment landscape for various cancers and other diseases. They also provide the opportunity to address the unmet need for the treatment of rare ‘orphan’ diseases; only 5% of the known orphan diseases currently have approved treatments. Based on an assessment of the current pipeline and clinical success rates of CGT products, the FDA predicts that by 2025 it will approve 10 to 20 cell and gene therapies per year. For example, BioMarin Pharmaceuticals hopes to gain approval for Roctavian, its one-time infusion for haemophilia A by the end of August of this year after receiving a conditional market authorization recommendation from the EMA in June. Similarly, Bluebird Bio also hopes to gain approval for LentiGlobin for the treatment of sickle cell anemia within the next year.

Alas- doubts surrounding the gene therapy field are looming once again. In late 2020, Astellas planned to file for approval of AT132, its gene therapy for X-linked myotubular myopathy (XLMTM), a rare, and in some cases fatal, muscle weakness disorder. However, the clinical trials were placed on hold by the FDA due to three paediatric deaths linked to liver failure in response to high doses of the gene therapy vector. Following the lift on the FDA hold in December 2021 in response to dosage changes, Astellas saw the fourth death of a young child in its trial bringing it to a screeching halt for the second time, highlighting once again the ubiquitous safety risks surrounding gene therapies. Manufacturers are forced to meet the demands of regulators, HCPs and even patients for improved safety profiles. Many players such as the Broad Institute are tackling the issue by trying to identify safer and more efficient vectors for the delivery of their therapies.

Another potential hurdle to the widespread adoption of gene therapies is the capacity of manufacturers to stay in stride with the growing demand. Specialized technical expertise and GMP facilities are essential to bring these therapies to the clinic. Meeting the increased demand, however, requires the expansion of production capacity and the introduction of scalable production methods. Some biotech companies choose to collaborate with CDMOs companies, such as FUJIFILM Diosynth Biotechnologies, to outsource their manufacturing capabilities. Others like Biovian are expanding their in-house manufacturing facilities and shifting towards viral vector production and purification methods that are more scalable.

How will healthcare systems pay for these expensive treatments? How is their value measured?

These are consistently top of mind as the field of gene therapy drives forward for success. While the potential benefits of gene therapies are apparent, the high upfront costs are difficult for healthcare systems to carry. A fragmented European market and lack of standardization in the approval process can make the reimbursement of gene therapies a complex, lengthy and costly process. As such, while Bluebird Bio’s transfusion-dependent β-thalassemia (TDT) therapy Zynteglo is approved for commercialisation in the EU, it has faced continued difficulty entering the market due to regulatory and reimbursement challenges leading it to withdraw from the German market, despite the ICER subsequently deeming it cost-effective.

High R&D and manufacturing costs, combined with low patient numbers in some cases have seen the prices of gene therapies skyrocket to over hundreds of thousands of dollars. Healthcare systems are faced with several challenges such as managing the short-term budget impact and ensuring the cost-effectiveness of the treatment whilst simultaneously not depriving patient access to potentially curative therapeutic innovation. Payers are confronted with a difficult balancing act when presented with costly therapies promising lifelong health benefits which are at launch supported by only short-term safety and efficacy data.

Traditionally, payers have managed decision uncertainty through simple discounts; however, as the pipeline for expensive CGT has grown, so have the requirements for innovative pricing and mechanisms of reimbursement. Now more than ever, biopharma companies and payers will have to come together to ensure affordable access for patients through early information sharing and willingness to implement outcome-based agreements. For example, while the American CMS focuses mainly on clinical aspects of the therapy and the level of unmet need, European counterparts focus on cost and outcome-based value as key decision-making metrics. In response to this, companies such as Novartis have explored outcome-based rebates, payments in instalments (not based on outcomes) or simple discount schemes, with varying time horizons to address the distinct needs of different reimbursement authorities.

What does this mean?

Now more than ever, it is important for gene therapy manufacturers to keep their finger on the pulse of the volatile landscape. With many players riding the current momentum of the industry, the stakes to stand out and succeed are at an all-time high. Biotechs will have to closely monitor the developments in product safety profiles, manufacturing capacity and methods for reimbursement of their competitors, as well as the larger landscape. They will also have to innovate strategies to successfully launch their products into a wary but growing market.

Which companies are going to be successful in doing so? Only time will tell. 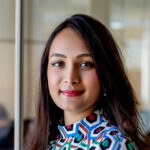