Three years ago, Gilead had outmanoeuvred itself. A leading Hepatitis C franchise with cure rates of over 90% had yielded dramatic clinical benefits, but revenues shrank alongside the target patient population and Gilead ultimately needed a new avenue. Their choice was surprising – a $12 billion buy-out of a biotech pioneering a novel, investigational, highly invasive and expensive cell therapy for niche haematological cancers. Three years later, with two approved CAR-Ts on the market and aggressive, continual line extensions, it seems as if Gilead has bet on a winning horse. The reinvention of Kite/Gilead from a Hepatitis C company to ground-breaking, oncology innovation is one of the most relevant examples of how forward looking partnering in the pharmaceutical industry is not just a way to realise ambitions, but rather a way to reinvent companies.

Gilead’s choice to invest in personalised CAR-T therapies understandably raised eyebrows back in 2017, with strong industry criticism due to the lack of a validated business case and low near-term return on investment. At that time, there were no industry players who had successfully established and managed the uniquely complicated supply chain of autologous CAR-T, the pricing was restrictively high, and even if Kite was successful in gaining approval, the target patient population was estimated to be less than 10,000 a year. However, while Gilead’s choice may have been inherently risky due to the novel and personalised nature of the therapy, it has been the execution and long-term follow through of their partnership which has defined their success today. Gilead waited until after Kite’s submission to the FDA to formalise their M&A, lowering the risk of investing in a first-in-class MOA. After gaining their first approval, Kite/Gilead has aggressively pushed to maximise the commercial potential of their asset, becoming the first company to have a cell therapy franchise and aiming to increase the pie by moving CAR-Ts to broader therapeutic areas and earlier lines of treatment. Crucial to this entire process is the nature of Gilead’s relationship with Kite, which still has significant autonomy within Gilead. This arm’s length alliance model is becoming a recurring feature in partnering today and, as exemplified by Kite/Gilead, allows for biotech agility with big pharma horsepower.

Farsighted Innovation Capture for Platform Technology Not Only Rejuvenates Pipelines, But Can Future Proof Companies for Unexpected Health Crises

While the Kite/Gilead M&A is an example of commercially driven partnering, other companies consider innovation capture as an integral part of company ethos. Such steady, science-led partnerships ensure companies stay relevant in the face of scientific advances, and in particular enable rapid partnerships in response to crises. A topical example is Pfizer, a company that has consistently invested in vaccine innovation despite this being a historically marginalised therapeutic area. Its deals centred around novel modalities and multifunctional platform technology as far back as 2015, when Pfizer acquired the controlling stake in RedVax and their technology for multi-component virus-like particles. However, Pfizer’s most famous and arguably most successful move is its partnership with BioNTech, the foundations to which were laid in 2018 when Pfizer sought to collaborate on a novel mRNA-based influenza vaccine. In response to Covid-19, the partnership was repurposed with terrific agility into a successful vaccine collaboration and has yielded the global frontrunner in the race for Covid-19 vaccines. Although Pfizer and BioNTech started off as merely a small deal in a niche therapeutic area, the focus on novel platform technology and a loose partnership structure allowed for rapid restructuring in response to a crisis and has now transformed this collaboration into one of the most impactful partnerships in pharma.

Shifting lens from pioneers, partnering can also be leveraged to regain competitive advantages in pharma. For example, despite a persistent focus on oncology, Janssen was notably slow to move into haematology CAR-T cell therapies and therefore faced being left behind by more forward-thinking competitors. That perhaps explains why the Janssen partnering team was so quick to act following Legend Biotech’s debut ASCO presentation in 2017, formalising a partnership with the then-unknown Chinese biotech within 6 months of that first data readout. That initial foray has been followed by a flurry of partnering, most recently with Fate Therapeutics for allogeneic CAR-Ts, demonstrating a strong momentum and reflecting on Janssen’s approach to partner and piggyback for next-generation CAR-T innovation. These partnerships also employ an arm’s length, agile approach, where the biotech leads drug discovery and Janssen provides big pharma manpower and expertise to boost clinical and commercial development.

To the uninitiated, partnering may seem simply a way of throwing money at a problem, whether it’s a dwindling pipeline or an operational Achilles heel. In reality, partnering is one of the most powerful tools for reinventing the very identity of a company, enabling meaningful, directional pursuit of long-term goals. More importantly, beyond the company itself, partnering provides a sustainable platform for growth and commercialisation of cutting-edge science. Strategic partnering deals are increasingly responsible for some of the most significant advances we see in pharma today, and if the emerging trend for agile, arms-length partnerships continues, I look forward to seeing many more. 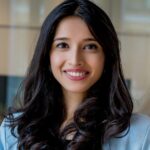