The increased intensity in the utilization of medical goods and services has seen stretched healthcare systems recognize PSPs as a critical cost containment measure. This is due to their ability to improve patient medication access, acceptance, and adherence, resulting in improved patient outcomes at a lower overall cost. Consequently, PSPs have become a core component of pharma’s strategy to demonstrate value to payers and differentiate products from competitors, but there is growing concern that these well-intended services may result in biased decisions concerning care, overutilization of medications and a lack of competitive pricing which increases rather than reduces healthcare costs.

Ignoring the warning signs, pharma continues to steer towards the misuse of PSPs to boost sales

We don’t have to look further than the world’s most lucrative medicine with 2019 sales topping $20 billion to prove our point. Abbvie’s Humira was first approved by the FDA in Dec. 2002 and is used to treat several immunology conditions. As part of their PSP offering, Abbvie’s nurse ambassador program provides dedicated nurses to help patients with injection training and education, establish a routine and access Humira through the identification of appropriate financial assistance options. However, in H2 2020 Abbvie agreed to pay a $24 million settlement in a Californian lawsuit that alleged Abbvie nurses (1) misrepresented that they were big pharma employees, (2) were ‘ensuring’ patients were filling their scripts and (3) unlawfully provided valuable professional goods and services to doctors at no cost to induce Humira prescriptions. “AbbVie’s prior practices in marketing Humira egregiously put profits ahead of transparency in patient care and violated California law,” Insurance Commissioner Ricardo Lara stated.

Other examples can be seen in the $125 million in settlements that Astellas and Amgen paid in H1 2019 to resolve claims that the companies used charity contributions as kickbacks to help Medicare patients cover copays. Astellas boosted sales of cancer therapy Xtandi by asking patient foundations to create a dedicated fund for their drug and then promoted those funds to doctors to encourage prescriptions, while Amgen worked with a specific foundation to create a fund that would only cover copays for their hyperparathyroidism drug, Sensipar. Here, the DOJ alleged that Amgen’s donations to the fund would have been equivalent to providing the product for free to patients in need, but instead the company chose to increase its top line with revenue from Medicare patients. More concerning, is that big pharma seems comfortable in boosting sales through the misuse of PSPs and settling up later as shown by Pfizer paying $24 million back in H1 2018 and United Therapeutics $210 million in H2 2017 for using patient foundations as a conduit to pay Medicare patients’ copays.

Payers are putting the brakes on paying for high cost, chronic medications to the detriment of patients

High drug costs coupled with the misuse of PSPs to induce sales have forced payers to try and take matters into their own hands. In recent years, some insurers have started implementing hugely controversial co-pay accumulators which essentially mean that the financial contribution offered by pharma companies to patients in the form of copay coupons to help them meet their deductible are not counted towards a patients out-of-pocket (OOP) maximum, ultimately seeing patients having to cover the full cost of their medication a couple of months down the line. Most patients cannot afford this which forces them to abandon their medication, but despite lobbying from patient groups and provider organizations, payers have defended accumulators by arguing that they promote economical prescribing choices and foster competition which the federal government seemed to agree with in their 2020 ruling.

Additionally, 2021 has seen the largest three PBMs increase the number of specialty therapies they have excluded from their standard formularies. As Drug Channels’ Adam Fein explains, formulary exclusions have emerged as a powerful tool for PBMs to gain additional negotiating leverage against manufacturers. However, exclusions typically result in a patient’s OOP costs increasing, impacting on access to a particular therapy. They raise the prospect of non-medical switching, defined as altering a patient’s drug therapy for reasons other than a drug’s efficacy, side effects, or clinical outcome, which can have irreversible implications. For example, a patient may switch from Cosentyx which was preferred for plaque psoriasis in 2020, to Taltz which is preferred in 2021, but cannot go back onto Cosentyx if the formulary status switches back again as they will likely be resistant.

Where do we go from here? What is the future direction of PSPs?

Several major reviews have shown that PSPs can deliver a significant improvement in patient outcomes, and, in doing so, benefit both the health systems and the pharmaceutical companies at the same time, but how can we ensure they executed as intended?

Perhaps Novartis have taken a step in the right direction with their CAR-T travel assistance program. The federal health agency has made a special ruling to allow Novartis to pay for travel, lodging, meals and other OOP expenses, which would normally be punishable under the anti-kickback statue, based on Novartis’ argument that rural patients living far from a treatment center could suffer from significant health risks or even death if they couldn’t afford travel. Novartis cooperated with authorities to define eligibility criteria that help ensure the program is only used by specific low-income patients and not marketed in such a way as to influence prescribing decisions.

This example is not perfect, but highlights how more transparency and cooperation between stakeholders is required to benefit patients which in turn benefits the entire healthcare system as their improved outcomes reduce the overall cost of care. 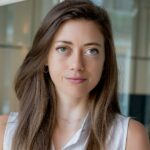