Throw it against the wall and see what sticks; Players testing their ‘new’ molecular entities in numerous immuno-oncology or autoimmune settings concurrently

It’s hard to pinpoint when the Pipeline-in-a-Product trend first arose (did Keytruda or Humira start it?) and which blockbuster helped catapult the approach into the mainstream, but it’s a phrase used today to signify one drug used to treat many indications. Given the degree of universality of many immunology assets, we’ve seen key players pursuing as many (relatively) concurrent approvals as possible by targeting fundamentally important disease pathways. Immuno-oncology, immunology and rare autoimmune conditions represent the perfect playing field for this approach, as often interlinked through key immune pathways upon which targeted antibodies act.

Players are by being bold with their lifecycle management strategy and initiating simultaneous trials early on. A great example of this is Humira, which was approved in 9 different indications since 2003 with further studies still underway today. Keytruda on the other hand takes the prize, as it is currently approved in a mammoth 19 oncology indications. Both of these sit undeniably at the top of the podium for most successful drugs but have resulted in perceived narrowed focus by AbbVie and Merck, with relatively less diverse late-stage pipelines and a reliance on these assets to prolong their market leadership position.

The motive for this pursued trend is two-fold; clinical development costs are on the rise due to increased complexity, large patient numbers with extensive pre-screening needs, coupled with the ever looming risk of phase 3 failure, thus companies are de-risking their pipelines by investing in validated immune-mediated pathways. As a result, there has been a drop in the number of new molecular entity programmes sitting in phase 3 and a clear pledge to follow this strategy. In 2018, Sanofi acquired Kymab and their KY1005; which is envisaged to treat a variety of inflammatory disorders. John Reed, Sanofi’s Global Head of R&D, stated that “this acquisition aligns with our strategy of targeting fundamentally important disease pathways”

This approach begs the question; is an increased dependency worth the risk later down the line once the ‘well of expanded indications’ dries up?

With focus being directed at fewer clinical programmes, do we think big pharma who have employed this approach will continue to do so? Though initially hesitant to pursue this strategy, legacy players are being bolder in line extensions and molecule investment early on. For example, AbbVie, is pouring money into clinical trials for Skyrizi and Rinvoq, whereas it was more cautious during Humira’s clinical development. Additionally, many of these conditions are often treated by the same class of physicians, thus this approach continues to strengthen KOL networks and inform prescribing behaviours due to a strong presence and perceived commitment within the space. 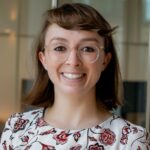